Lentils are in the bean family, so they pack a lot of protein, and since they are dried like beans, they need to be cooked to make them soft again. The thickness of their skin and their shape affect the cooking time.

The world of lentils is very interesting. Did you know that the oldest known carbonized remains of lentils from Greece’s Franchthi Cave are dated to 11,000 BC?

We have Lenten Soup Supper at our church during Lent. One of my favorite restaurants in Glendale, Elena’s Greek and Armenian Restaurant, makes the best lentil soup. So, I went to my local Armenian store and looked for lentils and a recipe.

As mentioned above, there are several types of lentils. When I went to my local store, there were two kinds, red and yellow/brown available, so I asked the proprietor what she used, and asked her how she made her lentil soup. I was surprised when she said to add cilantro, but happy because I really like that herb.

So, without further ado, is the recipe. I served it the garlic bread and it was a hit. 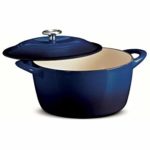 For vegans, omit sour cream. If you are watching your weight or sugar, you can omit the ketchup.

4 Responses to Lentil Soup with Cilantro – A Lenten Soup Supper