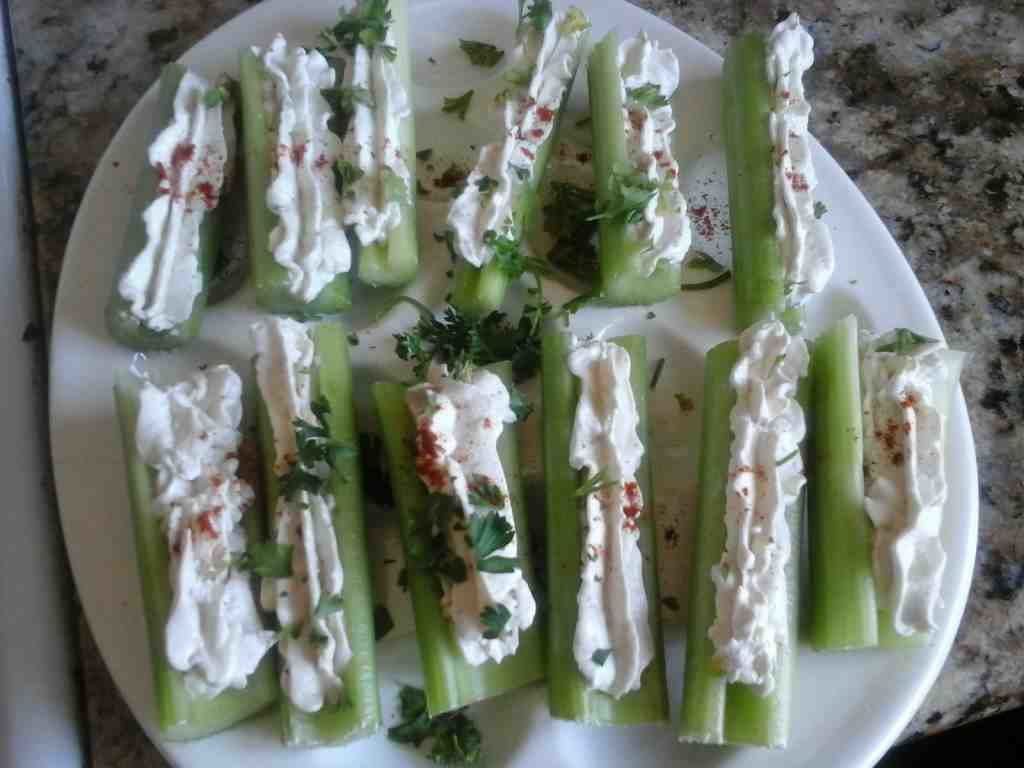 A few years ago, Saveur magazine featured a recipe for Blue Cheese Stuffed Celery from one of my favorite restaurants, Musso and Frank, in Hollywood, California. Musso and Frank originally opened in 1919 and has been in the same place on Hollywood Boulevard ever since.  It has been a popular hang out for the entertainment industry since it opened.  The history of the restaurant is fascinating.  My mother would take me there for my birthday, and I loved it. 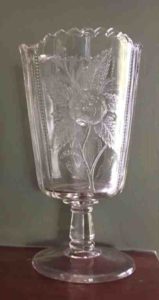 You know, poor celery.  We buy it once a year to put in stuffing, or we put it in soup stock.  If we’re lucky, we have it with Buffalo Wings.  When I was little, my mother used to let me have a few pieces with peanut butter that she wasn’t using for the stuffing.

In the Victorian era, celery was all the rage.  It was fussy to grow and difficult to get, so of course, Victorians made it a must-have vegetable.  There were even lovely celery vases to showcase your beautiful, crunchy celery.  The Titanic served celery to the first-class passengers along with roast squab, cress, and pâté de foie gras. Eventually, celery was grown in Michigan and it became an easy vegetable to get.  Celery started being served in long flat dishes instead of the vases, and it appeared on vegetable trays everywhere. Poor celery.

I don’t know, but I think maybe celery is having a come back. I hope so.  I really love the crunchy, little hearts, and when I’m preparing it, I always reserve that for myself. I know that it will be gracing my holiday dinners this year, and not just as another vegetable on the veggie tray, or just making a muted appearance in the stuffing.  No, I will display my celery prominently, maybe I’ll even buy that Victorian celery vase from eBay!

I actually have two versions of the venerable appetizer, one with olives, and one without. If you want to be nice to your guests, make sure to peel the celery first.  There’s nothing like getting celery strands stuck between your teeth and trying to unobtrusively remove them. 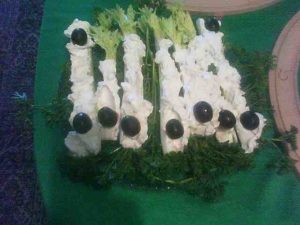 This is the celery with the olives and parsley I served for my son’s birthday party. It is very similar to the dish at Musso and Frank.

If you are just having cocktails, this is great with some spiced nuts.  It also makes an easy lunch or after-school snack. It’s nutritious and delicious. You could also use this to represent a bitter herb for Holy Thursday. 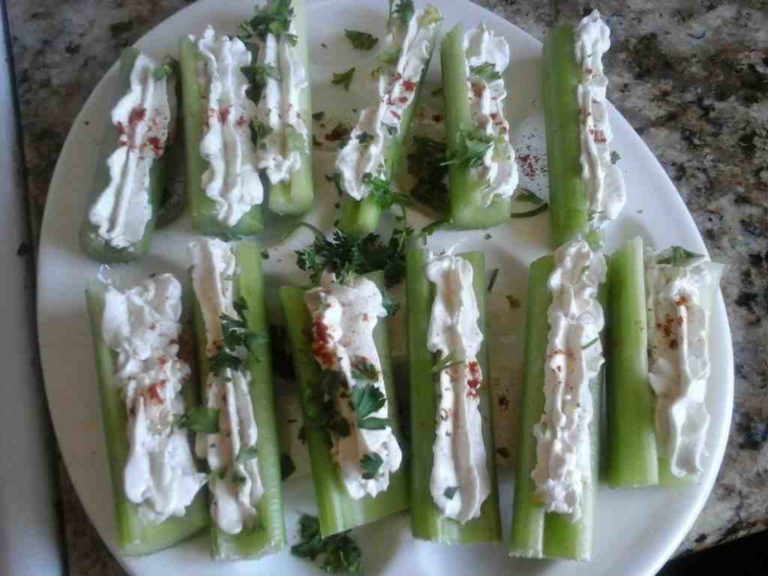