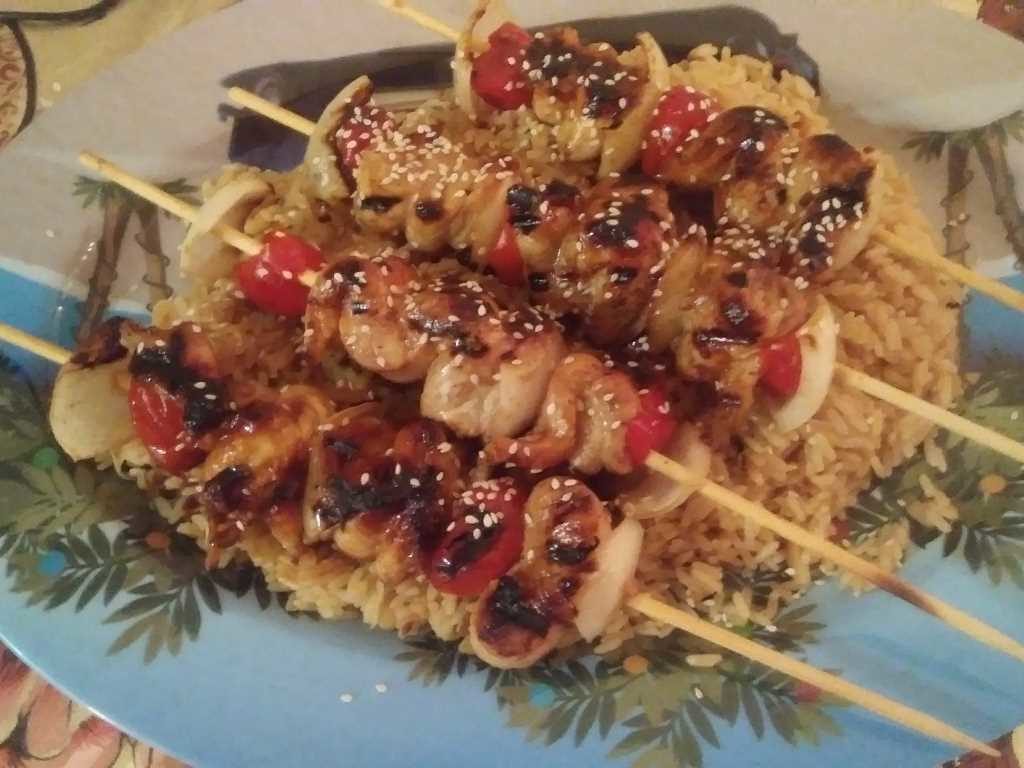 I served this Asian grilled chicken with rice pilaf, and it reminded me that most of the ingredients would have been found on the Silk Road. The peppers, of course, would not have been found there because they were not cultivated in that area until after the Columbian exchange.  I always thought it would be wonderful to have been able to travel along the Silk Road, although I’m sure during the days of the Roman Empire, it must have been slow going, dirty and dusty. Find out more about the Silk Road on Wikipedia.

You can put anything you want in this.  It’s a great way to get rid of bits of vegetables you might have in the refrigerator. I wanted to put dried apricot in this pilaf but forgot to get it at the store, so I will have to do it next time.  If you have nut allergies, of course, don’t put the almonds in the rice pilaf.  If you don’t like spicy foods, then omit the Szechuan pepper, and use red bell pepper instead of the peppadews. Enjoy!

A word about my platter.  One day near Thanksgiving, I happened upon this platter.  It’s plastic, with a beach scene and an old woody station wagon in the center.  The title above the car says “Seas N Greetings”.  It was just too much for me to pass up, and I use it a lot.  It has become a conversation piece. 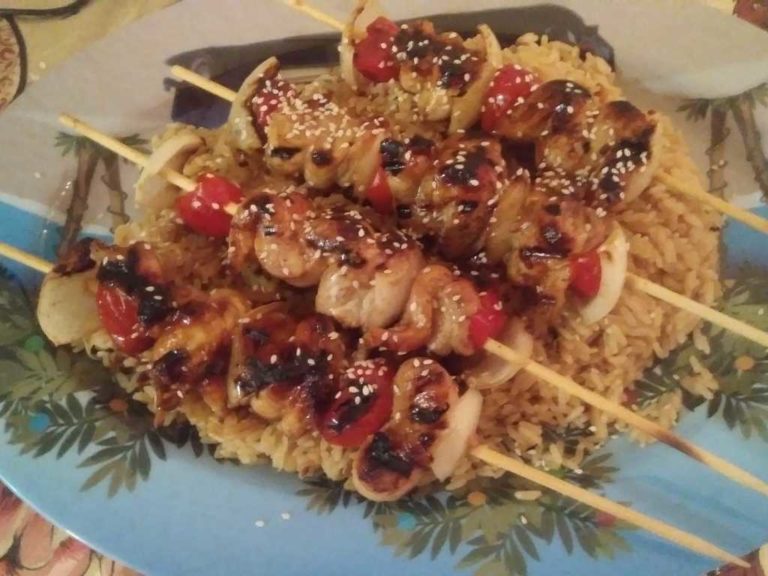 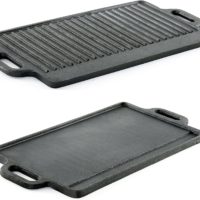 You can put other fruits or vegetables on the kabobs. Pineapple would be a good choice for the kabobs. Pickled cherry peppers or pieces of raw red pepper, bell or chili pepper, would be a good substitute for the peppadew peppers. If you don't like heat at all use only bell peppers, and omit the Szechwan Pepper. 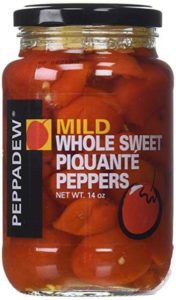 If you are having problems finding Peppadew peppers, you can find them on Amazon. They are very tasty and I recommend them highly.